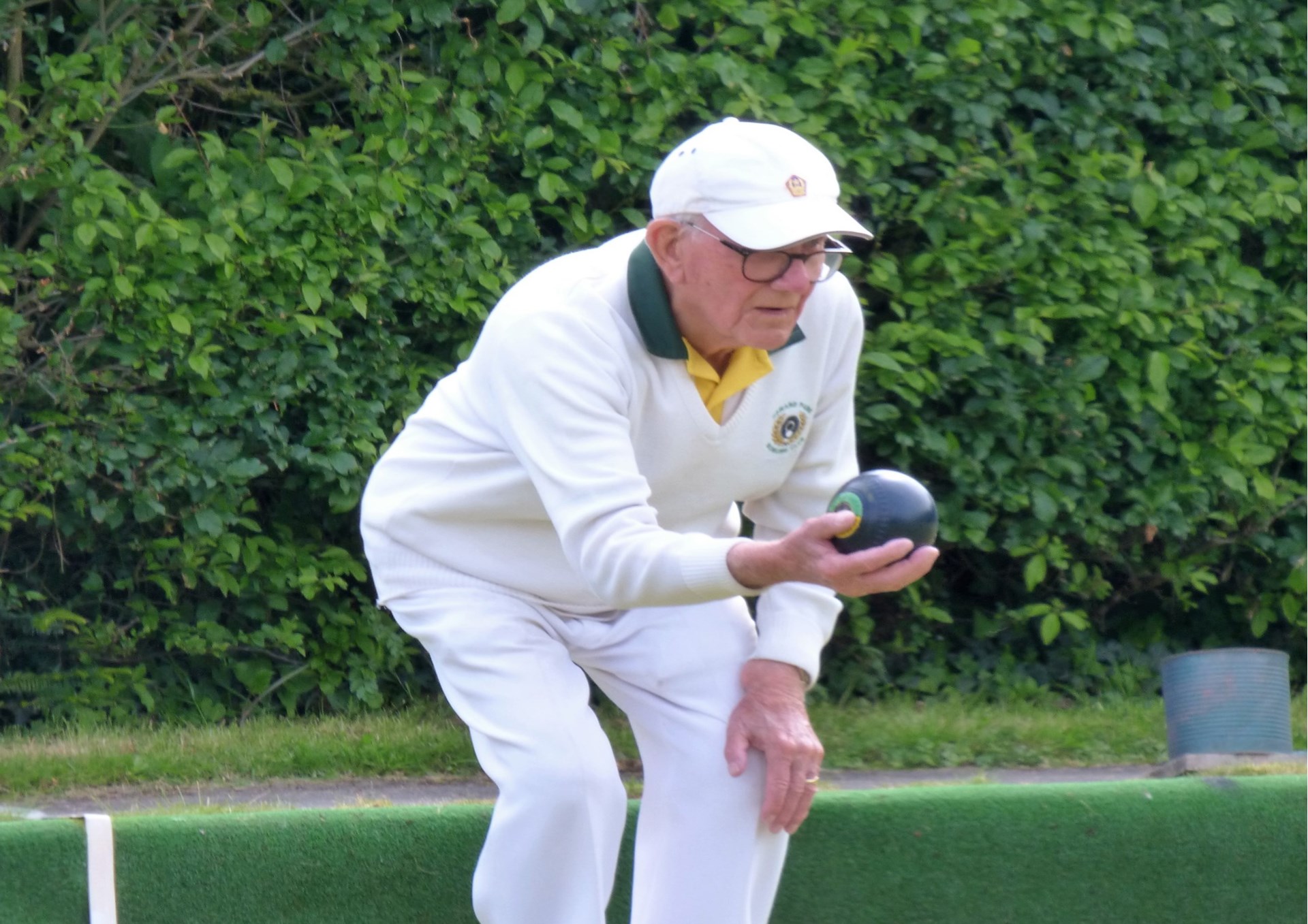 Dennis was the youngest son of Herbert and Emma Barber, born in Waterlooville on Christmas Eve 1919. Very early in his life he developed an everlasting love of all sport. Representing his school at both cricket and football. On leaving school he was apprenticed, as a motor mechanic, to a local garage and he was soon playing cricket for the company team. The home ground of which was the famous “Bat and Ball” in Hambledon – the home of cricket. “No”, he did not play with or against W.D. Grace!!!

In 1940 he enlisted in the RAF, serving has a mechanic and after his initial training he was posted to Rhodesia, now Zimbabwe. His spare time was  taken up with tennis, football and cricket and represented the RAF team. He had the experience of playing cricket against the South African Cricket Touring team. After he was demobbed he returned to Waterlooville with his young wife where he ran his own tobacconist shop. He soon became a well-known member of the local business community and was elected Chairman of the local Chamber of Commerce but he never lost interest in his sporting pastimes. During the 1970’s he decided the time was ripe for change and hung up his shopkeeper’s hat. However it wasn’t long before he accepted a new challenge and went to work at Southdowns' College, a newly built further and higher education establishment. Encouraged by colleagues he took up golf and enjoyed his new sporting hobby. Again his determination to do well in his new sport paid off and he retired from the game with a handicap of 16. Dennis was happily married for over sixty years and in 2008 he and his wife moved to Basingstoke. He also has a lovely daughter, Patrica  and Son Alan

In 2013 the 'Kempshott Kourier' the local magazine popped through his post box and in it was an invitation from The Howard Park Bowling Club for new members. Never afraid of a new sporting challenge and at the age of 94 Dennis went along to the club and joined. Dennis is very active within the club, whether on the maintenance crew, (he has on numerous occasions been seen on ladders with the hedge trimmer!) or helping in the kitchen if he is not playing,   He is always ready to help out wherever needed.  On a personal note, Dennis joined the same year as me and I have to admit plays better than me!   Dennis is now in his 101st year and is looking forward to the start of the new 2021 season. 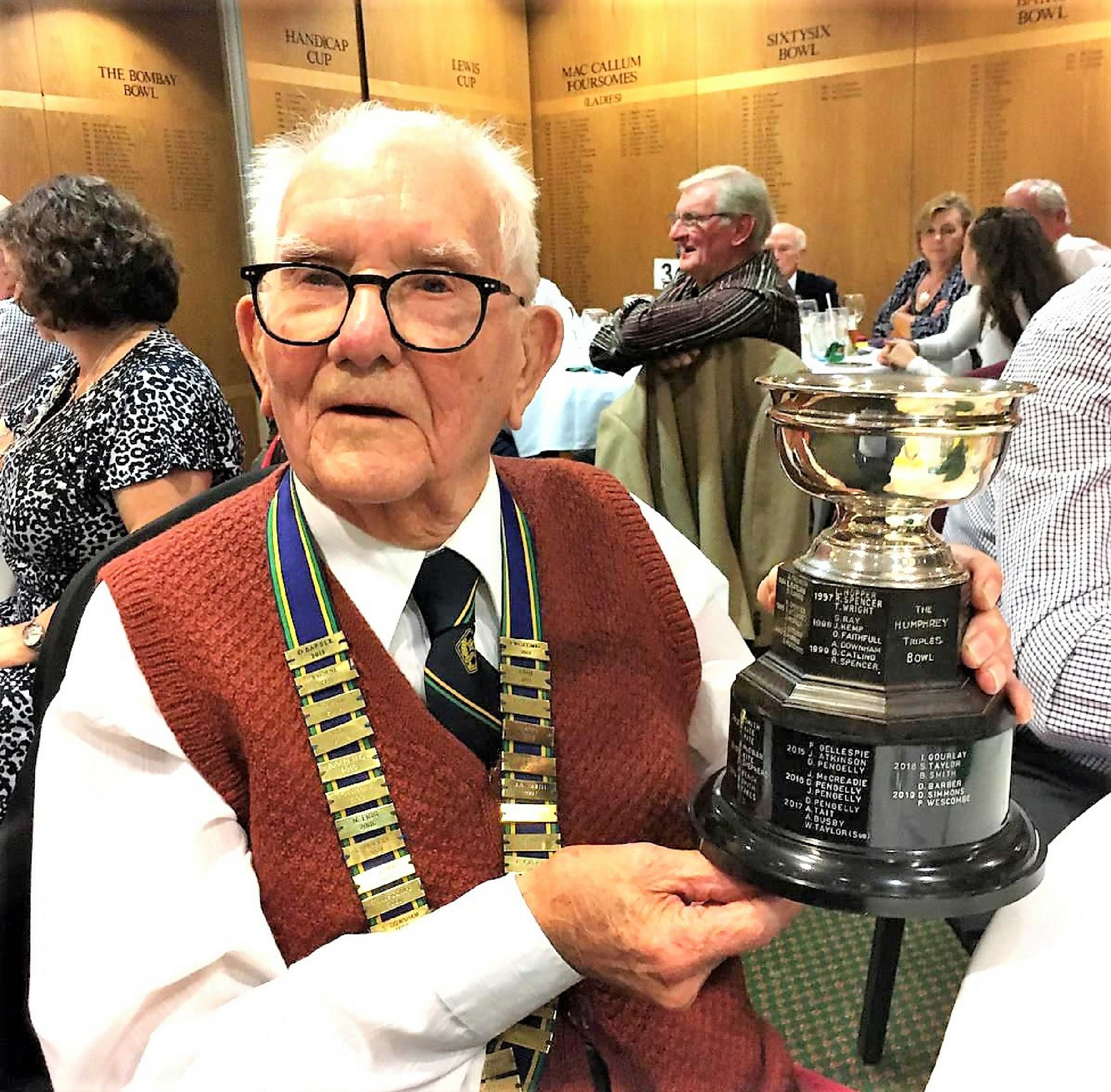 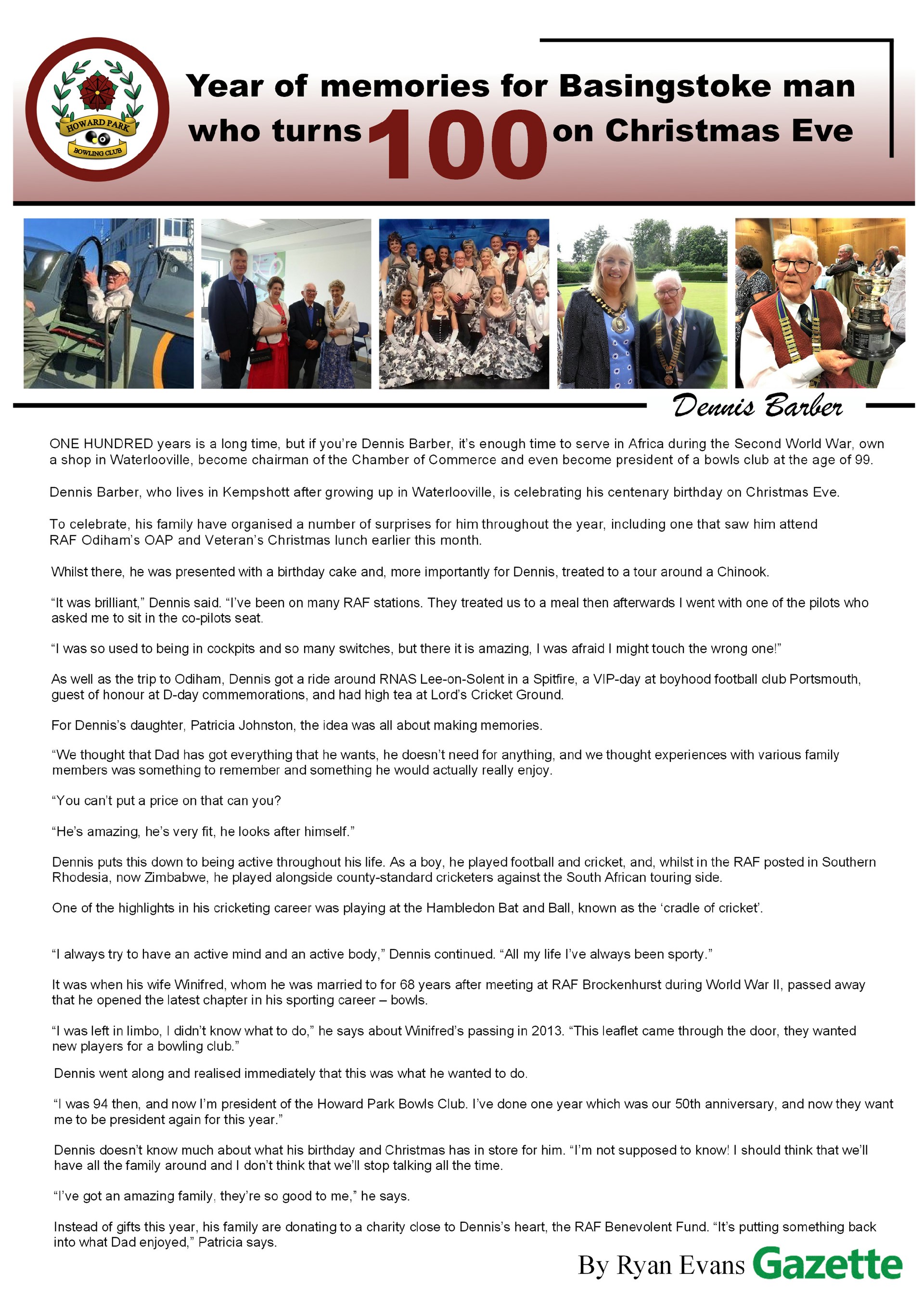